This message has 797 words and will take about 3 minutes to read.

A number of commemorative events took place in our community to mark International Holocaust Remembrance Day. Two of the most high-profile events were the Holocaust remembrance symposium at UBC, organized by our partners, The Vancouver Holocaust Education Centre (VHEC) and Hillel, and Leo’s Journey, which is a personal recounting of one man’s experience, and was presented by his son, Richard Lowy, at Schara Tzedeck.

Both events incorporated many moving moments; the recollections and memories of survivors made an incredible impact on their audiences and reminded us all of the deeply traumatic consequences of their experiences. We also saw hope and continuity among the students at Hillel who recounted their grandparents’ experiences, and among the third generation survivors who were called upon to light memorial candles at the evening event. We were proud to be supporters of both events.

We are also proud to share with you a photo of Candace Kwinter, chair of our Israel and Overseas Affairs Committee and a member of the Centre for Israel and Jewish Affairs' (CIJA) local partner council, accepting the official proclamation recognizing International Holocaust Remembrance Day from Linda Buchanan, mayor of North Vancouver.

With hate crimes and hate-related incidents on the rise, standing up against antisemitism feels more urgent than ever, especially with the defacing of the National Holocaust Monument on Wednesday.

Kol hakavod (all the respect) to the city of Vaughan, Ontario for adopting the International Holocaust Remembrance Alliance (IHRA) definition of antisemitism this week. Vaughan Mayor Maurizio Bevilacqua said, “We have a shared responsibility to stop antisemitism in all its forms and manifestations through education and public consciousness.” Read more here and here.

Last summer, more than 1,000 Vancouverites joined us in asking Vancouver City Council to adopt the IHRA definition of antisemitism. Council referred the motion to the Racial and Ethno-Cultural Equity Advisory Committee for input, and we will let you know when they release their recommendation. We sincerely hope they feel the same sense of urgency that we do.

We are all too aware that other communities are also targeted. This week marked the anniversary of the Quebec mosque shooting, and a campaign is underway to have January 29th recognized as a day of remembrance across Canada. As the coronavirus spreads, there are numerous reports of racism targeting Asian-Canadians. (For facts about the coronavirus, click here.) As always, we stand together with our friends and family, colleagues and neighbours in these and other ethno-cultural and faith-based communities against hatred in all its ugly forms.

We’ve written before about the proposed JCC site redevelopment plan, and this was one of the things that we discussed this week in Ottawa when I attended the annual Israeli Wine and Canadian Cheese event co-hosted by CIJA and the Canadian Jewish Political Affairs Committee.

We joined Jewish community leaders from across Canada and hundreds of members of parliament and parliamentary staff for this annual series of events that fosters relationships with members of different political parties.

Our visit started with a productive day on Parliament Hill and a luncheon with a number of Jewish Liberal parliamentarians and Senator Marc Gold, a former chair of the Jewish Federations of Canada. We then headed to the House of Commons, where we met with a number of people, including representatives from the Prime Minister’s Office and Andrew Scheer, the leader of the official opposition. Click here to see more.

Eldad Goldfarb, executive director of the Jewish Community Centre of Greater Vancouver, has fostered a collaborative approach to the proposed JCC site redevelopment since the start, and together with CIJA we were proud to work alongside him in Ottawa. It was inspiring to hear him talk about the impact that the proposed redevelopment is expected to have both within and beyond the Jewish community. This resonated with the people we met, many of whom were very impressed that our community is thinking beyond just ourselves. Many thanks to Eldad and to Shimon Fogel, CEO of CIJA, for helping make these meetings so successful.

One can hardly mention politicians and Israel this week without acknowledging that President Trump unveiled his Mid-East peace plan on Tuesday. Jason Greenblatt, former White House special envoy to the Middle East, spoke with Jewish Federation leaders from across North America and around the world in a briefing moderated by Jewish Federations of North America's board of trustees chair Mark Wilf, and president and CEO Eric Fingerhut. Click here to watch the video. We continue to hope for an outcome that will ensure long-term peace for Israel and her neighbours. 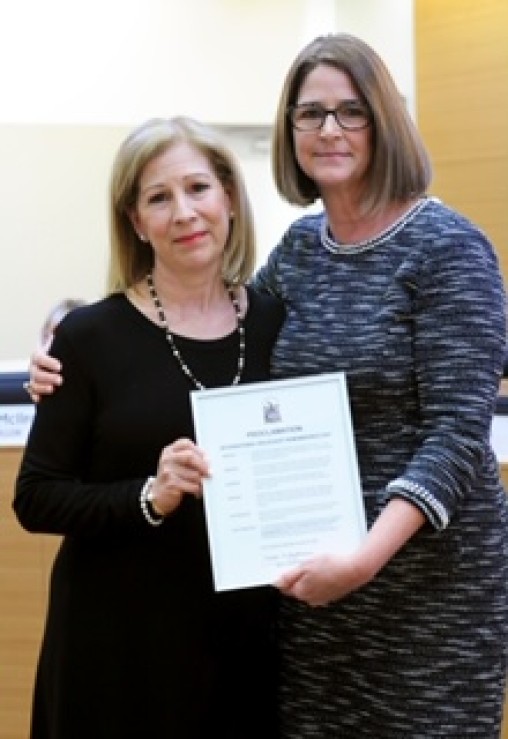 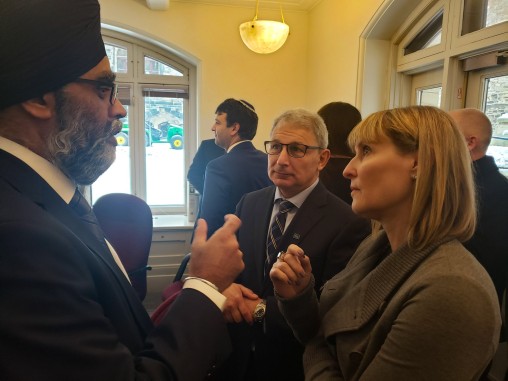