This week we marked Yom HaShoah (Holocaust Remembrance Day) with ceremonies in Vancouver and Victoria.

In Victoria we joined Holocaust survivors, elected officials, and organizations including the Vancouver Holocaust Education Centre (VHEC), the Centre for Israel and Jewish Affairs (CIJA), Jewish Federation of Victoria and Vancouver Island, and Temple Emanuel.

Survivor Leo Vogel remarked that he and fellow child survivors are “at the tail end of those who can still bear witness.”

Leo’s parents sent him into hiding but did not live long enough to know whether their desperate act would save his life. That haunting experience is what I cannot stop thinking about. I want to thank Leo and all the survivors who participated in Yom HaShoah ceremonies for sharing their experiences of loss and survival.

The evening prior, I was fortunate to attend the ceremony at the JCC presented by the VHEC, which marked the 79th anniversary of the Warsaw Ghetto Uprising. It is always very moving to see survivors light yahrzeit candles at this ceremony, and it is hard not to be struck by their dwindling numbers. I want to thank them for their strength and dedication, and let them know that we are here to be the next generation of witnesses and to fight back against hatred.

The ceremony also featured Amalia Boe-Fishman, who delivered the survivor keynote address, and second-generation Holocaust descendant, Marsha Lederman, who delivered a special address based on her upcoming memoir Kiss the Red Stairs. I want to thank everyone who made this ceremony special, including Wendy and Ron Stuart, Cantor Yaacov Orzech, and the choir for the beautiful music.

Our commitment to Never Again brings me to the work of our long-time volunteer leader, Alvin Wasserman, who was instrumental in developing a new campaign called Never Accept Hate.

Here is how Kasari Govender, B.C.’s Human Rights Commissioner, described the campaign’s message and urgency: “We are not powerless in the face of hate. In our increasingly polarized world, it is important to take these opportunities to stand together against bigotry and violence.”

A true community builder, Alvin brought together partners across the industry to make this happen, including the BC Association of Broadcasters, the Greater Vancouver Board of Trade, and various production companies and advertising agencies, along with a stellar advisory council the includes Nina Krieger, executive director of the VHEC. You can find out more on their website.

Have your say in the development of the Government of Canada’s National Action Plan on Combatting Hate by completing their questionnaire.

The questionnaire will recognize the voices of those with lived experiences, and I want to thank CIJA for their work on this file.

On a regional level, Shelley Rivkin, our vice president, global and local engagement, and CIJA staff met last week with Roland Best, the new executive director of the BC government’s Multiculturalism and Anti-Racism Branch to discuss the diversity of the Jewish community, past collaborations – such as BC’s first-ever proclamation of Jewish Heritage Month last year – and our mutual determination to maintain an open dialogue and engage in future collaborative events.

As we look to the week ahead, we look forward to gathering together.

I hope you will join us on Tuesday evening online or in person at the JCC’s Norman and Annette Rothstein Theatre to commemorate Israel’s fallen soldiers and victims of hostile acts. Please pre-register here.

The next night, Wednesday, we will be at the Vogue Theatre to celebrate Israel’s 74th Independence Day with a fantastic evening featuring Gilat Rapaport and the InJoy Band. Click here to purchase tickets and join us!

It’s National Volunteer Appreciation Week...
...and we want to say thank you to the hundreds of community members who take time out of their busy lives and dedicate themselves to making our Federation and our community better for everyone. If you would like to join them, we would love to have you volunteer with us as a canvasser for the 2022 Annual Campaign. For details, send us an email.

Mazel tov to our partner, Jewish Family Services!
Because we always try to end our shabbat message on a high note, we want to give some kavod to Jewish Family Services’ The Kitchen, which was selected for a City of Vancouver's Award of Excellence for helping the city be greener, healthier, more inclusive and prosperous! 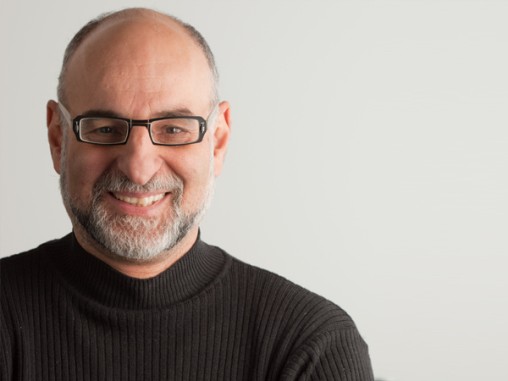 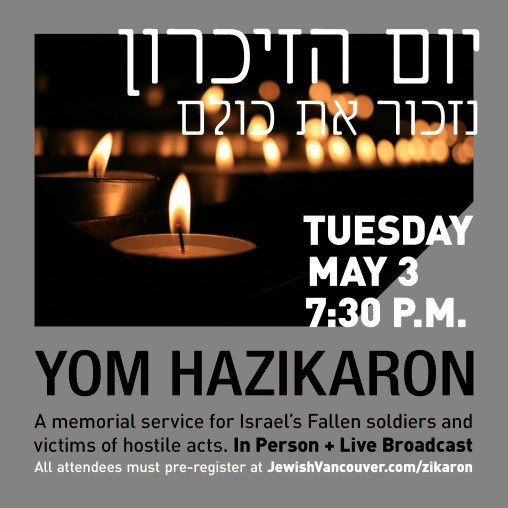 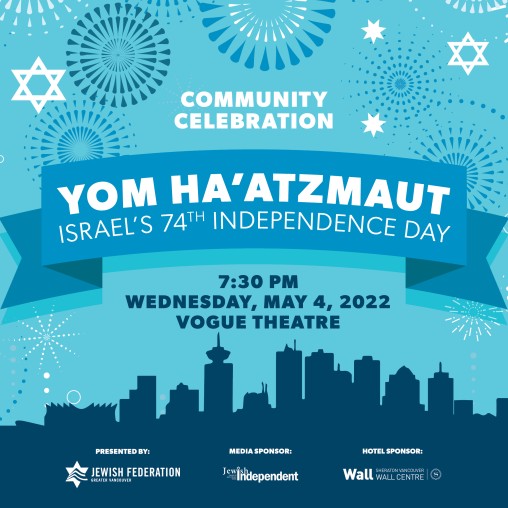