An exciting week of announcements

What a week of exciting announcements!

First was the incredible result of our 2021 Annual Campaign. Our donors generated $9.52 million for our community through contributions to the campaign, corporate partnerships, and support for community initiatives. On top of that, we raised $1.64 million in additional funding for special projects and through contributions to community recovery and emergency relief, and donors’ multi-year commitments to our international partners, for a combined $11.16 million total.

What makes this even more impressive is that during the Annual Campaign our donors also gave more than $350,000 to BC flood relief, and more recently nearly $890,000 (and growing) to Ukraine relief. We can hardly mention the Ukraine Emergency Fund without thanking those who donated and activated the match, and those who funded the match itself, including the Ronald S. Roadburg Foundation with their lead gift and additional commitments from the Diamond family, the Segal family, the Arnold and Anita Silber Family Foundation, and an anonymous donor family that brought the total match to $200,000. Please join me in thanking them for their tremendous generosity.

“We need people willing to stand up and say, rich and poor alike, we all have collective responsibility for the common good.” - Rabbi Lord Jonathan Sacks z”l

Our community is filled with such people. Thank you for the good you have done and the good you are making possible through the work of our partners.

Many of you gave after meeting with your canvasser. Did you know that more than 200 community members volunteer to do this each year? Their job is not easy, but they do it because they know how important it is. On behalf of the thousands of people who rely on the Annual Campaign, I say a big todah rabah to our canvassers and team captains!

They are supported by a team of dedicated Federation professionals, including the two people who have led our campaign department this year, Elana Gold and Kate Webster. Kol hakavod!

Together with the JCC and King David High School, we introduced JWest!

As a community, we are on the precipice of the biggest opportunity of our generation, which is something in which we can all take immense pride. The significance of the JWest project—which is expected to result in a community hub including the JCC, King David High School and many other organizations—goes far beyond our Jewish community, yet its Jewishness is precisely what makes it so significant.

In the announcement yesterday, we wrote of one of the Jewish values that informed the development of the brand: the tradition of planting now to benefit those who come after us. But there is more.

The shared vision for JWest is rooted in extensive community consultation.

What does that mean? Well, consider the increasing diversity of our community, along with the diversity of the thousands of people who currently use the JCC, not to mention those who don’t yet but might one day.

We have long said that the diversity of our community is one of its greatest strengths, as are the values that connect us to each other and to our heritage. That is why I am so proud of what JWest represents.

We could have looked inward and envisioned serving only our community’s needs. We even could have gotten caught up in thinking that our future community would look much the same as when we grew up. But not only would that not have reflected reality, it would not have reflected our values as Canadians (I can say that now!) nor as Jews.

Instead, we did what Jews have done for millennia: we envisioned a bigger tent. That is one of the most valuable aspects of JWest and what it can become.

There is still a long way to go before JWest can move from being a vision to a reality. For that shift to take place, it will take support from every level of government and from private donors. We gratefully acknowledge the support this project has received from the Government of British Columbia. During the last federal election, the Liberal Party of Canada and the Conservative Party of Canada both announced their intentions to match the provincial government’s contribution in the near future. There may come a time when we can each make our own commitment to JWest, but for now the most important thing is to take pride in its potential.

We could welcome people from across the region and create something that benefits everyone. Imagine this: when someone registers their children for daycare, accompanies their aging parent to a seniors program, celebrates at a Purim party, or shares a kosher meal friends, they will do it in a wide-open Jewish tent that embraces them.

More than just a name, JWest represents a vision rooted in Jewish values that resonate with me, and I hope with you.

For a brand that needed to represent such grand concepts and speak to so many different people, we turned to marketing experts in our community to guide the process. I want to thank Rebecca Marstaller, Alvin Wasserman, and Al Szajman, each of whom has decades of marketing experience, along with Becky Saegert and Emily Pritchard on our staff team, for developing a brand that not only represents the unique potential of our West Coast Jewish community, but the dream of a legacy for everyone.

During this, his first official business trip in the role, Ambassador Hoffman met with donors and community members, and built partnerships with government officials and key business leaders. Ambassador Cohen, who also happens to be a past president of Jewish Federation of Greater Philadelphia, was our guest for a tour of Jewish Family Services’ The Kitchen. It was an honour to have them be part of this exciting week of milestones! 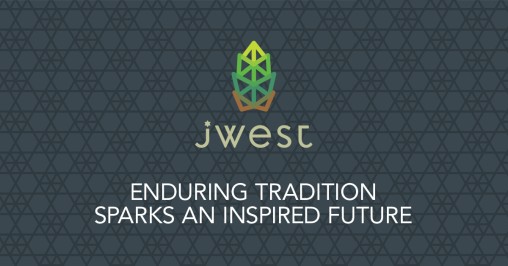 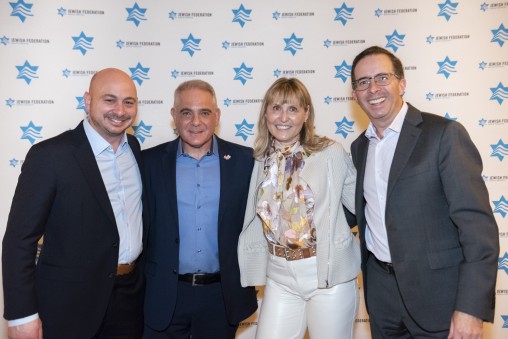