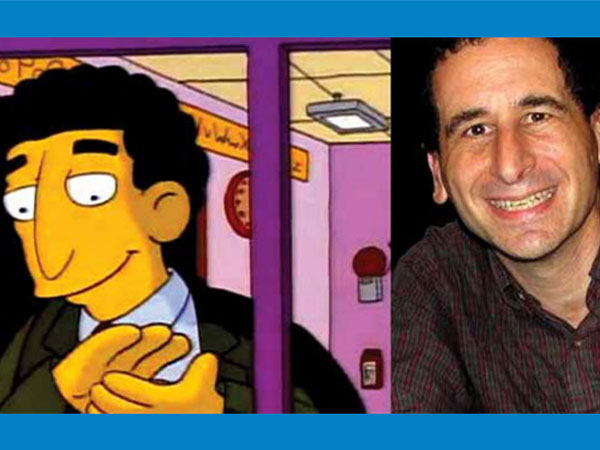 Jewish Federation’s young adults program, Axis, has a sweet, sweet deal for young Jewish adults at the JCC on Thursday, February 14th at 8:00 p.m. The Jewish Book Festival’s wind-up event is an interview with comedy writer Mike Reiss, who’s contributed to the animated TV series, The Simpsons, since it began in 1989. He’s also a prolific children’s book writer, and an award-winning playwright and mystery story author.

Click here to purchase your tickets from Axis to “Springfield Confidential: Jokes, Secrets and Outright Lies from a Lifetime Writing for The Simpsons” and receive a $5 discount and admission to a pre-show reception at 7:00 p.m. hosted by Axis and Hillel BC. Chocolates – “Mmmmm, chocolates…” as a drooling Homer Simpson might say -- are also on the menu for Axis ticket-holders. Axis’s mandate is organizing lively events that bring together the Jewish community’s 20- to 30-somethings; a comedy night called Shticks & Giggles is also on tap next month.