Help a Family Keepsake Saved from the Holocaust Fund a Scholarship

Last summer, community member George Szasz approached the Jewish Community Foundation hoping to establish a scholarship endowment fund to honour a dear friend’s memory.  The friend, Frank Ornstein z"l, survived the Holocaust and eventually emigrated to Vancouver.  With no children or living family members to speak of, he bequeathed a family ring saved from the Holocaust to George Szasz which he is hoping to sell to fund a scholarship in Frank Orenstein's z"l name.

Growing Up
Lipot z"l and Olga Ornstein z"l were an affluent couple in the Hungarian city of Szeged and doted on their only son, Frank z"l. Born in 1924, Frank z"l grew from a skilled boy scout to a star athlete with a wide range of friends. They lived peacefully with their non-Jewish neighbours, and Frank z"l began dating a non-Jewish girl.

The Holocaust
Even as anti-Jewish sentiment grew around them, the city’s residents lived amiably together. It was a shock when laws mandated division by 1943. Jews, including the Ornsteins z"l, were evicted from their homes, stripped of their property and segregated in ghettos. As a fit 19-year-old, Frank z"l was sent away to a labour camp. Lipot z"l and Olga z"l were forced onto an overcrowded cattle car without food or water for three-day journey to an Austrian concentration camp.

Life in the camp was grim. Lipot z"l and Olga z"l wrote Frank z"l postcards, holding onto hope that after the war the family would be reunited and return to their life in Szeged. In March of 1945, the camp buzzed with news that Russian soldiers were near and the captives desperately hoped for liberation. The day before the soldiers arrived, however, German guards marched the camp’s prisoners, including Lipot z"l and Olga Ornstein z"l, to a local gym and blew them up.

Liberation and Change
Frank z"l was liberated from the labour camp and in late 1945 returned to Szeged, sick but alive. He was greeted by news that his parents, and most of the city’s Jewish residents, would never return. Frank’s z"l girlfriend’s family had secretly stored some of his parents’ valuables, including his mother’s diamond ring, and returned them to him: memories of a life that had vanished.

Realizing life in Szeged would never be the same, Frank z"l took his few possessions and family mementos and emigrated to Israel. In Israel he trained as an airplane mechanic and found both a love and an affinity for the trade. He worked for Israel’s El Al Airlines and emigrated to Vancouver in the late 1950s as a chief mechanic for Canadian Pacific Airlines and, later, Air Canada.

Through the sale of the ring and the establishment of the scholarship, the memory of the Ornstein family can live on and lives will be transformed by their legacy. If you are interested in assisting George Szasz to create this legacy please contact Marcie Flom, director of the Jewish Community Foundation. 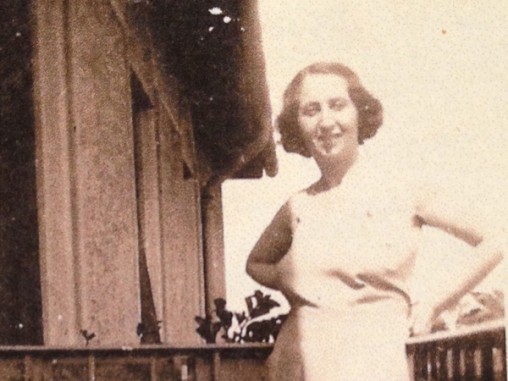