Today, over 3.5 million refugees have fled Ukraine, with millions more internally displaced or forced to shelter in or near their homes.

While thousands of Ukrainian Jews have fled the country, most of the 200,000 strong Jewish community is still sheltering within its borders.

Because our partner agencies, the Jewish Agency for Israel, JDC, and World ORT, have been working steadily in Ukraine for generations – they have been able to be on the ground responding to emergency needs from day one of the conflict. This is also helping them maximize the impact we’re able to make through our emergency fund.

The war in Ukraine will create one of the most significant humanitarian crises of this century.

Already, an estimated 10 million people have been displaced, making this the largest number of displaced people in Europe since WWII.

The needs are many and urgent.

We need your help.

Without the ongoing generosity of people like you. The support we’ve been able to provide and continue to provide to meet the growing needs would not be possible.

What your gift supports:

Helping those caught in the fighting

Providing support to tens of thousands of homebound elderly, many of whom are Holocaust survivors, and the disabled to survive, through the provision of humanitarian supplies, medicines, and ensuring regular contact. Special assistance is being provided to women and children, who are especially vulnerable at this time. We are also helping the Ukrainian health system and NGOs in the country to deal with a population that is suffering from severe psychological trauma.

Assisting those seeking to flee

Safely transporting Ukrainian Jews from within the war zone has become a major challenge, with humanitarian corridors open only for short periods, public transport limited and gas not always available. We are supporting hotlines to coordinate the movement of refugees; bus services; temporary housing within Ukraine; and food and other emergency supplies for the harrowing journey.

Aid for refugees in neighboring countries

Many thousands of Jewish refugees and millions of non-Jews have fled Ukraine and crossed into Poland, Slovakia, Hungary, Romania and Moldova. We are supporting temporary housing, humanitarian support, psychological support and respite activities for Jewish refugees, many of whom are choosing to remain in the surrounding countries in the hope that they will be able to return to their homes or be reunited with draft age (18-60) male relatives who are currently unable to leave.

The Jewish Agency has already received almost 10,000 Aliyah applications, with the numbers expected to continue rising.

Some of our impact through the JDC and JAFI so far

Join Jewish Federations of North America every Monday and Thursday from 1:30-2:00 p.m. (PST) to hear from the experts and our partners on the ground.

Follow us on social for the latest updates and impact of our work. 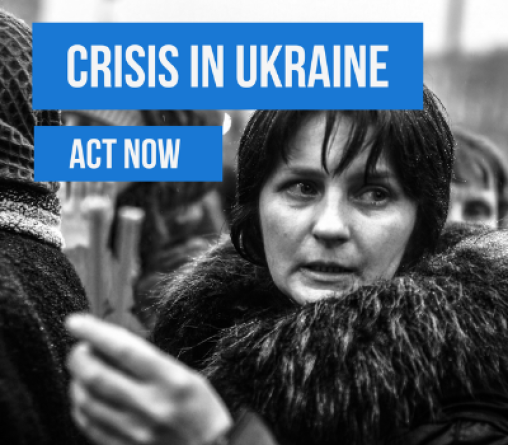 Hotlines for people who need help with food, medicine, etc.