Most Bridge is a society for Russian Seniors via JFS.

This group which began 10 years ago has approximately 140 members. The mass exodus of Jews from the former Soviet Union to Israel, Germany, the USA, and Canada, which began in the 1990’s resulted in a spiritual awakening and a desire to create a connection – the Jewish Community and Judaism.

This group consists mainly of elderly people, who have many problems (financial, psychological, health conditions, language etc.) which have led to depression and isolation from Canadian society. The basic purpose of the group is integration, along with bringing together Russian Jews on the basis of their shared experiences. The goal is to enhance access to Jewish culture, traditions, and history; i.e. to all aspects of Jewish life. 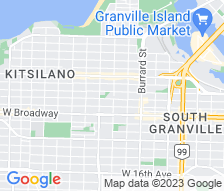